Launched by New Mexico Tourism Department (NMTD) on November 2013, the first ever winter-specific ad campaign is designed to attract more skiers, snowboarders and families and make them aware about the exceptional winter adventures that they will find in New Mexico.

As part of the integrated marketing strategy, series of video commercial advertising also has been created. The stunning “New Mexico True” winter advertising that includes cable TV, in-cinema, in-airport, print, and digital media targeted at fly market travelers. Cable ads aired in Dallas-Ft. Worth and Phoenix in October and November with print ads in AFAR, Outside Magazine and Texas Monthly in October. As part of NMTD’s partnership with Southwest Airlines, print ads also appeared every month in Southwest’s in-flight magazine, along with a targeted digital and email component.

The Department is spending $800,000.00 on the October to February campaign. NMTD itself introduced “New Mexico True” in April of 2012 and the campaign has seen two summers of successful ads. “True” has caught on throughout the state, with 15 communities already adopting the “New Mexico True” brand as their own, and more communities ready to join them. The efforts of those 15 communities have already added an additional $1.6 million of non-state money toward the “True” brand.

“Where is It?” video commercial ad for “New Mexico True” winter campaign. 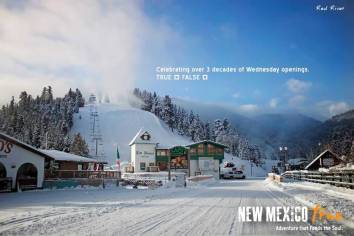 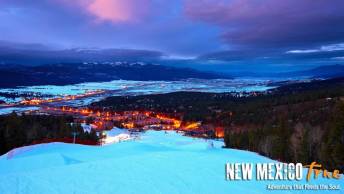 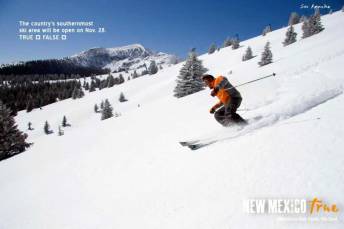 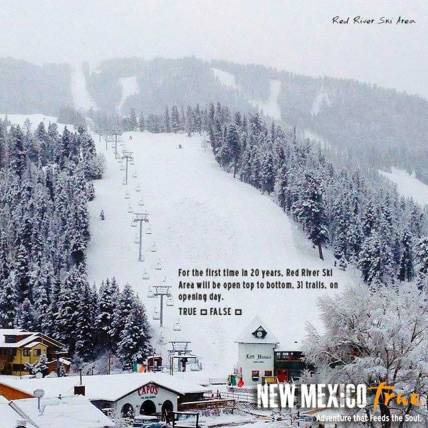