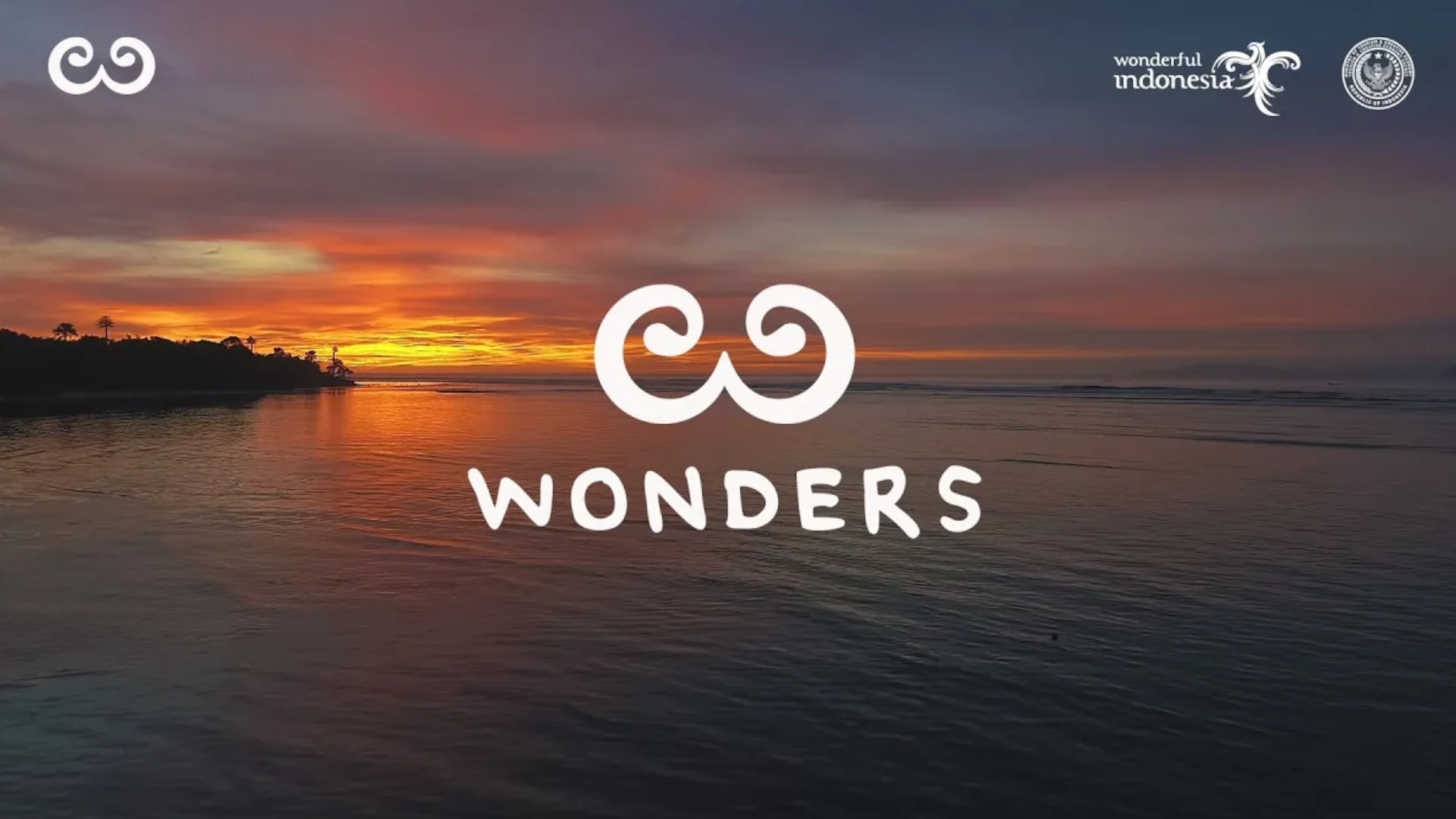 Introduced for the first time on early November 2020, WONDERS is aimed capturing the beauty of Indonesia’s natural wonders through virtual music performance of prominent Indonesia musician and artist.

WONDERS would like to invite everyone to experience the wonders of Indonesia while sending a message of love for Indonesia’s nature, a reminder of the incredible world we had, and an invitation for all to cherish, nurture and protect these wonders for the future generations.

WONDERS is also an invitation to enjoy the tropical paradise of the east with the sound from prominent Indonesia musician and artist. The campaign is bring a hope to inspire everyone through the power of audio-visual performance and the nuance of Indonesian live music.

For the first episode, WONDERS take you to Taka Makassar and discover one of the hidden wonders of Indonesia with DJ Apsara, one of the hottest rising talents in the world of dance music.

Taka Makassar Island itself is a small sandbar located within Komodo National Park. This perfect sandbar boasts some of the clearest blue waters and the most stunning white sand beach. The town of Labuan Bajo sits peacefully with many wonders waiting for you to explore. Labuan Bajo was only a small fishing site that today has flourished to become the gateway to many exotic destinations in East Nusa Tenggara.

The second episode of WONDERS take you to the world-famous Pink Beach in Labuan Bajo, East Nusata Tenggara, with Nadin Amizah. She released her album last May, and instantly, her first album become a trending topic among Twitter users.

Pink Beach is a must-see for any visitor to Komodo National Park. With soft, pink sand, crystal clear waves, and amazing diving spots, you will never forget your time here. Relax with a delicious lunch, snorkel along shallow ledges, and hike up the nearby hill for a great view looking over the beach. Take a moment to appreciate panoramic views of turquoise seas, green rolling hills, blue skies, and fascinating pink sands.

For the third episode, WONDERS take you to Plengkung Beach, Banyuwangi, and discover once more, one of the hidden wonders of Indonesia, with Teddy Adhitya. A man who has desire to tell stories and vocalize his imaginations through his songwriting.

Plengkung Beach is known as one of the best surfing beaches in the world. Indonesia is most proud of the Plengkung Beach at the eastern tip of Java Island. Aside from its enchanting natural beauty, the long curving coastline here is recognized as one of the best-surfing sites on the face of the earth. More familiarly known among the world’s renowned international surfers as G-land, the beach, located in the Banyuwangi Regency, is a paradise for surfers offering some of the most outstanding waves in the world.

For the fourth episode, together with Ninda Felina, WONDERS take you to the Forest De Djawatan in Banyuwangi, East Java. Ninda Felina has been nominated as the “Best Tech House & Techno DJ” from 2015 – 2017.